Confessions from a One Bedroom Apartment

To say I eat well is an understatement. Us food obsessed folk tend to make sure we fill our bellies with a healthy assortment of deliciousness, on a daily basis. But, of course, it can't always be caviar – or even carnitas. Sometimes, when I am alone in my apartment, I fall victim to some secret cravings. Things I only eat alone, with the blinds closed, and a Sex and the City disc in the DVD player. Now is not the time to judge. I see you out there! Eating Lil Smokies. Cold. Straight from the package. 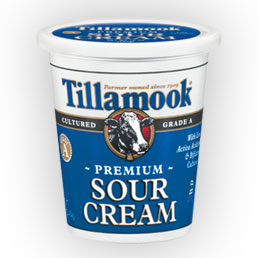 I first discovered I had a serious problem back in 2004. I was entertaining a friend in my apartment when she popped into the powder room. By the time the bathroom door clicked shut, I was hunkered down in front of the fridge spooning the tart, creamy condiment into my mouth. I realized I had actually been waiting for her to leave so I could dive head first into my sour cream stash. My endearing love for sour cream had turned desperate, and something had to be done. I couldn't buy the stuff for six months after that. It was just too dangerous! I would take down half a carton in minutes flat, a dribble of spicy Tapatio on each white bite. Now I respect the sour cream. I eat it in moderation. Well, by my standards. I still enjoy a couple spoonfuls, straight from the container, while standing in the guilty, glowing light of the refrigerator. 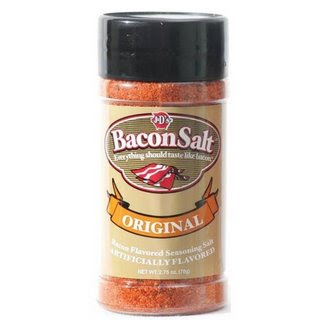 Hours after dinner, if I'm at home and snuggled up on the couch with some good food porn (Bon Appetit) or a new culinary memoir (just finished My Homemade Life by Seattle blogger orangette), my taste buds begin to beg for something salty. As I am a girl with little willpower, they never have to beg for long. I slide off the couch, pad into the kitchen, and snatch the ever-present sack of flour tortillas off the top of the refrigerator. Flick! The gas burner comes to life and I drag the tortilla over the flame, until it is warm, toasty, chewy and freckled with charred brown bits. Here's where it gets weird. I drizzle truffle oil over the tortilla. I sprinkle Bacon Salt on top of that. It's like Mexico meets Food Snob meets White trash. One is usually not enough. 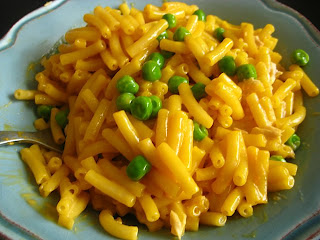 Show me the home of an American child, and I'll show you a pantry brimming with the Blue Box. Word has it, some infants are clutching the Kraft in their tiny, pink, clenched fists when they squeeze themselves out of the womb. Despite the general food snobbery (truffle oil, homemade macaroni and GOAT cheese) I have an every-now-and-then weakness for this insanely comforting, fluorescent orange, treat. But so do a lot of people. The confession? I have to eat the entire box in one sitting. It's the law. But first, I usually gussy her up. A few flakes of tuna, a handful of peas, a crank of the pepper grinder, maybe a splash of Tapatio (have you noticed a trend) and she's good to go. But I'm no good to go anywhere. Except to bed. Pharmacists should cook up a batch, cram it into one of those plastic orange pill tubes, and prescribe the shit to insomniacs.

And I thought I was the only one that made my Mac & Cheese with Tuna and Peas. I don't know where I learned it (it was in the 70's) but my girlfriend (now wife of 30 years) HATED it - and I haven't made it since - but your picture brought back wonderful memories of a studio apartment in Cambridge (MA). Thanks!

Really? Kraft Macaroni & Cheese?
Hmm, this should really be done behind closed doors.
Hi rachel,
I stopped by to visit you blog.
Was nice to meet you on Thursday.
Nurit

Brown sugar is really where it's at in terms of Kraft Mac and Cheese accessories.

Mix some sour cream into the mac and cheese. Fantastic! Also, use the sour cream as a dip for Ruffles sourcream and cheddar potato chips,mmmm.